We always share the things "Quality first, Customer first ,keeping improving " to win more benefits for our customer.
In order to achieving rapid and sustainable development, we are willing to establish a wide and deep cooperation relation with enterprises both home and abroad. 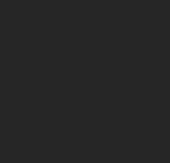 Our hockey shooting board/shooting pad/shooting mat is has been specifically engineered to replicate an ice hockey surface.

Use the hockey shooting board to practice your wrist shot and snap shot,

or even your slap shot in a confinedspace.

Any drill that involves stationary shooting can be done with this hockey shooting mat,

as well as stationary stickhandling drills.

• Will not break with slap shots or hard stick abuse like plexiglass.
• Simulates real on ice puck action.
• Beveled edge makes it easy to get pucks onto mat.
• Protects those expensive hockey sticks from pavement, concrete or any rough surface.
• Great surface for any hockey player to maximize stickhandling and shooting.

• No more tape marks on your floors or driveway.
• Handle makes it easy to pick up and carry.
• Use in or outdoors.